បណ្ណាល័យ
A Common Law for Europe 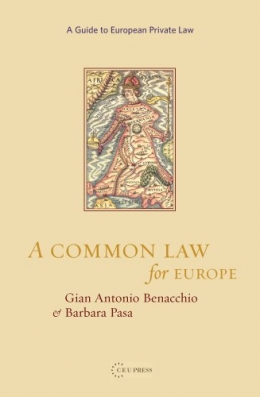 The Europeanization of private law, a process which has been taking place for a decade or more, is a phenomenon that everyone is watching. The new phases of European integration, which began with the accession negotiations for the entry of the Central and Eastern European countries, along with Cyprus, Malta, and Turkey, coincide with the debate on the desirability (or otherwise) of a renewal of the European jus commune; this increases the complexity of the whole scene.
Download Link 1
Free Subscription
ស្រាវ​ជ្រាវតាម​ប្រភេទ​​ឯកសារ​